The Most Incredible Book Ever Written 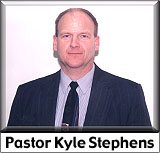 To the consternation of far too many and to the delight of far too few, the Bible remains the most controversial, the most shocking, the most despised and the most often derided book ever put to print. I say to the delight of far too few because we are exhorted to love it's precepts and judgments regardless of what men may think of it. Indeed, folks that love the Lord of truth and His book, see a very real need for Man, with all his devices and ungodly behavior, to be roundly reproved for his ever-continuing, sinful action, both in general and in specific.

Yes, it is (or at least should be) a joy to the Christian, when the world raised some degree of havoc over what is written in the scriptures. It is indeed a sure sign that the Holy Spirit has hit his fully-intended mark and that it is the "hit dog that yelped." After all, it was of the scriptures that he spoke when David said, "I have esteemed all thy precepts concerning all things to be right."

What most folks don't know- and this includes many of the Bible's professing admirers- is just how remarkable and thorough and up-to-date the scriptures really are. You see, the One that wrote the Bible was also the One that created all things, maintains all things, and knows Man from the crown of his head to the bottom of his moldy old heart.

Remarkable, I say. For instance, did you know that there was a donkey that talked in the Bible? This, mind you, was a long, long time before "Mr. Ed" was ever thought of. The Bible is always ahead- never ever behind.

Did you know that Jesus said it was possible that the rocks could cry out? Actually, He said it WOULD have happened had not men shouted His praises at His entry into Jerusalem!

Did you know that God told Bible readers that the earth was round long before Columbus ever undertook to be a seaman?

Did you know that the Bible in a single sentence explains the stability of the atom, a baffler for even the most ingenious of the modern nuclear physicists?

Did you know that there was a day when men commonly, commonly I say, lived to be over years old? That animals at one time were plant eaters only, and that one day they will be herbivores once again? That all men at one time spoke the very same language? That the Bible record the root and beginning of the equal rights movement and all other humanistic movements that preceded and followed it?

Be that as it may, the Bible is far, far more than some divine Guinness Book of World Records. It is not just a fact book written to amaze us and give us assorted facts that only God could know and reveal to us. Paul said, "All scripture is given by inspiration of God and is profitable for Doctrine, for correction, for reproof, for instruction in righteousness..." NOW, that's where the "fur hits the fan!" It's fine that the Bible has some novel things to say, but when it undertakes to tell me what to believe and to be my teacher ,and far worse (oh, perish the thought!), to CORRECT me and REPROVE me...NOW we've got a problem! NOW the scriptures have set themselves at ENMITY with me. It has named my sin and condemned me! It has said that I am not what I pretend to be. It has read my thoughts and intentions. It has criticized my religiosity and my pretended righteousness. Now the Bible got personal. NOW I'm upset!

Did you know that the Bible plainly records the origin of every homosexual passion? No interpretation is necessary for that one- sorry. (P.S. It's not genetic.)

Did you know that God remembers and records every murder and that the blood of ever person murdered cries to Him when the murderer is not executed?

Did you know that the Bible says that the basis for the final judgment of sinners before God will be the very words that they themselves have spoken during their idle time and in their idle conversations?

Did you know that looking -looking only- at a woman to lust after her IS an act of adultery? That coveting things IS idolatry? I bet you really don't keep the commandments after all, HUH?!

Did you know that there is no record of any small child or baby having been baptized in the New Testament, or of any command to do so? You have to F O R C E the Bible to say that!

Did you know that Jesus never allowed His mother to be Elevated above the level of a humble, law abiding woman? That Mary with her own lips, professed to be a sinner in need of a Savior? That Mary gave birth to children after Jesus? That there is neither hint or whisper in the scriptures of Mary having been transported to Heaven, of any special role before GOD, or of ANY influential sway with Jesus Christ?

Now folks, we could continue our list and perhaps sometime we shall but do you see how contrary the average RELIGIOUS person -nay, even clergyman- lives in respect to the scriptures? Do you really think God recorded His very words, wishes, and explicit commands for us to heed when we felt like it and only if we felt like it? Listen, the Bible tells you not just how to live, but it foretells the end of every man or woman who will not heed it.

No, I did not give you the scripture referenced for all the facts I listed. This is not from a desire to be secretive or conceited, but rather it is an attempt to spark interest in an eternal, infallible, God-written Book!

Back to the Bible Believers' Home Page